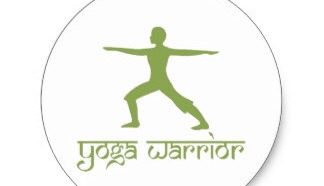 I went to my Sunday Yoga class. Agitated. I repeated these words again and again in my head: “May this world be peace and love.” How impossible could it be!

Earlier in the morning, my Chinese community chat room and social media were exploded with angry responses to a hip hop song called “Meet the Flockers.” Its lyrics seem to advocate robbing a Chinese neighborhood because Chinese people probably have lots of cash on hand and they may not even believe in bank accounts:

First, you find a house and scope it

Find a Chinese neighborhood, cause they don’t believe in bank accounts

Second, you find a crew and a driver, someone who ring the doorbell

And someone that ain’t scared to do what it do

Third, you pull up at the spot

Four, make sure nobody is home

They gone, okay it’s on

That ain’t them talking, that’s your mind playing tricks on you

But fuck that, motherfuck that plasma

And fuck that laptop, go and get that jewelry box

It even has a YouTube video tutorial showing armed and masked men burgling home. How incredibly sickening! Sure. One could argue it is merely a rendition of an artist’s imagination. No malicious intention. No harm done. Sure. No one could do anything about it. Not petition. Not protest. America has the First Amendment to protect freedom of speech. But no, it is not OK to use my people as a punching bag or to stereotype us. Not on my book.

I googled its producer, a California-based rapper named YG. He has seized mantle of rap’s most outspoken Donald Trump critic. How ironic! If he feels the urgency to combat Trump’s bigotry and racial hatred, and to use his “platform to speak up and bring our brothers together and put some light on some of this s— that’s not right for our people,” perhaps he should educate himself about racial sensitivity to embrace other ethnic groups in the same battle against Trump’s bigotry. Perhaps he should know what he advocated in “Meet the Flockers” is equally, if not more, offensive and distasteful than those of Trump’s.

But I am here not to demand his contriteness, nor to be a willing victim of racial prejudice. If you believe silence is gold as I do, here is what I will tell you: I am a peaceful warrior, but first and foremost, a warrior. The warrior chooses to act; the coward reacts. The warrior doesn’t give up what we love.

So today I will take the high road. I will keep praying for mutual respect and for racial harmony. I will invite you, regardless of your age, gender, skin color, racial background, or ethnic identity, to join me as a peaceful warrior.

So next time when I do my warrior poses, I will simply hold them a touch longer. For peace. For love. For wisdom. For fearlessness. For our collective hope.